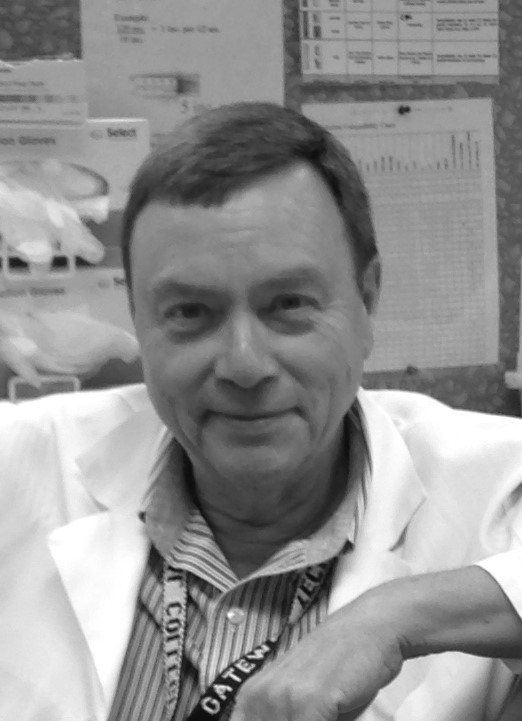 George Nequist, age 72, passed away peacefully August 24th at St. Catherine’s in Kenosha. George was born May 11th, 1949, in Sparta, MI. to Edmond Carl and Josephine (Spillers) Nequist. After sharing 25 years of his life with Dale Bruzas they married in 2014. He was educated in Michigan and graduated from Roosevelt University in Chicago.

He served in the US Navy where he received much of his nursing experience. After the Navy he joined Abbott in the Employee Health Department. He worked most of his years with the Drug Metabolism team in the labs and later retired from Abbott. While retired he worked part time nursing at Brookside. He also loved working with the nursing students in the lab at Gateway.

He was preceded in death by his parents and a special Aunt Evelyn Chapman who was like a mother to him. He will be deeply missed by his husband Dale, dear close cousins in Michigan and their children who are more like nieces and nephews. Dale’s sister and brother-in-law Dawn and Tom Ade along with his Kenosha nephews will miss George very much. Dale’s Uncle Phil (deceased) and Aunt Joan Richio were friends before they were family and George loved them like a brother and sister. Finally, he leaves us with an enormous and loving extended family and groups of friends who will remain forever in our hearts.

He was first and foremost the proud father of 6 furry kids during his decades in Kenosha. Tika, Angel, Fred, Ginger and Kat (dogs). And Chance the cat. They made life good. Heartfelt thanks to the wonderful folks in the ICU who kept George comfortable and safe. Angels in scrubs. In accordance with George’s wishes a private memorial will be held later.