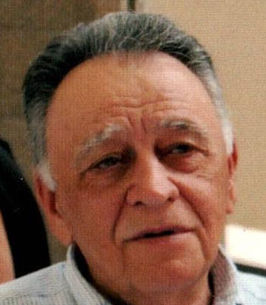 George F. Galanis was called to eternal life in the early morning on February 16, 2022.

George was known for his exceptionally kind heart, selflessness, and love of life. A guiding, proud and loving father. Beloved husband and grandfather. George was born in Theoktisto, Greece on February 21, 1944, and bravely immigrated to the U.S in 1973 with his wife, Theodora and first born.

He dedicated his life, working hard to raise his growing family, to give his wife and children the best out of life and to give them the opportunity to do all they dreamed of. George worked night and day as the owner of his restaurants in the Milwaukee area, making an impact on his community and all who crossed his path. Known for his charm, sense of humor and gentleness, George left an unforgettable mark on everyone he knew in life.

A man of faith, George was greatly involved with the Greek Orthodox church and lent his services often. Singing as a church cantor and volunteering as often as he could. He walked proudly with the grace of God. George was also proud of his Greek heritage and assured that his country’s customs and traditions were passed on to his children and grandchildren. He often told stories of his homeland and of his life there to all who would listen.

George will be deeply missed by his family and friends and his memory shall be eternal. He will always be alive in our hearts, thoughts, and memories. George is survived by his loving wife, Theodora of over 50 years; his four children; and 11 grandchildren.