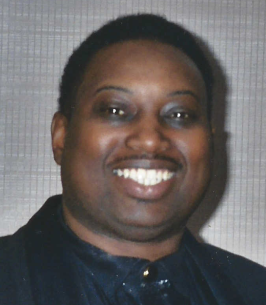 Born in Arkansas, on March 29, 1957, he was the son of Gene Scales and Sandra (Akins) Woodard. He came to Kenosha as a child and was educated in Kenosha public schools and graduated from Gateway Technical College for welding.

Faith in God was extremely important to Gene. As a Deacon of Kenosha Christian Fellowship, he will be remembered for his fervor for Christ as an Encourager.

Gene retired as a Supervisor for the Coal Handling Department at Midwest Generation in Waukegan, IL, in 2007, after having worked there for 25 years. He refereed and coached for the CYC and Christian Life High School. He played city league basketball and softball. He was an avid Green Bay Packers fan, enjoyed old westerns and keeping up on current events, as well as listening to jazz.

He was preceded in death by his father, Gene; sister, Jacqueline; nephew, Zechariah; mother-in-law, Marjorie; sister-in-law, Tonii; and grand-dog, Poppa.

Visitation will take place on Friday, February 25th, at Proko Funeral Home, from 5:00 p.m. until the time of the Celebration of Life at 6:00 p.m. Interment will be private.