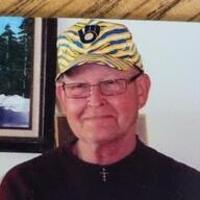 Gary was born on April 7, 1943, in Waukegan, IL, the son of the late Alford and Lila Lundstrom. He was educated in the schools of IL. Gary married Barbara Burbridge on October 30, 1971, in Waukegan, IL. He worked for Johnson Outboard and then later in life he worked for Restoration Hardware. Gary was a member of the United States Marine Corps. He enjoyed reading the Bible as well as any Christian books, and spending time with his dog, Oliver. His hobbies included cheering for the Green Bay Packers & the Milwaukee Brewers, he also enjoyed watching TV especially Judge Judy.

Survivors include his step-children, Paul Price, Donna (Jeff) Knutter, Rhonda (Scott) Webb; many grandchildren and great grandchildren; also included is his special friend and caretaker, Marla Metzler. Gary was preceded in death by his parents, wife, brother, Don and his grandson Alex Knutter.