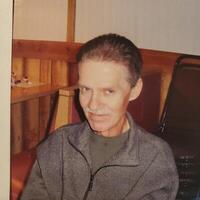 Gary L. Frederick, 70, of Kenosha passed away on August 4, 2021, at Froedtert South Pleasant Prairie Hospital surrounded by his loving family.

Gary was born on November 24, 1950, in Kenosha, the son of the late Howard and Anna (Bruns) Frederick.  He was educated in the schools of Kenosha. Gary married Mary Quinonez on January 15, 1968, in Hannibal, MO.  Gary was employed at Dynamatic Inc. and Twin Disc as a machinist for many years.  He was a member of St. Mary’s Catholic Church. His hobbies included golfing, snowmobiling, riding motorcycles, was a fan of the Green Bay Packers, Wisconsin Badgers, and the Chicago Cubs, but most of all he loved spending time with his friends and family especially his grandchildren.

Gary was preceded in death by his sister, Jean Kloet and his brother Dale Frederick.

Gary’s family would like to thank the staff at St. Catherine’s ICU for keeping him comfortable during his final days.