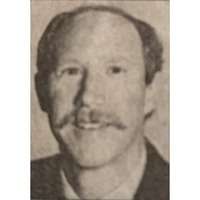 Gary F. Steinseifer, 70, of Kenosha, passed away peacefully, Friday, May 27, 2022 at the Hospice Alliance Hospice House.

He was born on October 20, 1951 to Werner and Janice M (Ehmke) Steinseifer in Kenosha.

In 1974 he married Barbara Elias in Kenosha.  They later divorced.

Gary worked for Snap-On Tools Inc. for 22 years, first in the Engineering Dept followed by the medical products division in both Kenosha and Florham Park, NJ.  Gary then joined SKF USA Inc. as an industrial sales engineer covering several midwestern states, retiring in 2014.

Gary enjoyed traveling, both professionally and later for pleasure.  He was an avid NASCAR racing fan, a Packers fan, and enjoyed going to the shooting range, fishing and loved animals.

Gary is survived by his mother Janice, his brother Rick (Sharyle) Steinseifer, his nephew Eric, his niece Lindsey (DeGirolamo) and a great nephew Maxwell.

He is preceded in death by his father on June 9, 2016 and his beloved dog Reba.