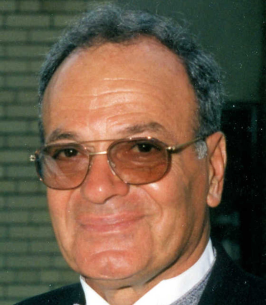 Gabriele was born on February 26, 1935, in Marano Principato, Providence of Cosenza Italy to the late Francesco and Rosaria Conforti. His Italian heritage was close to his heart, and he embraced Italian traditions that live on in his family today.

On October 12, 1953, Gabriele married Raffaela Ziccarelli in Italy and they shared 66 wonderful years of marriage together before her passing on April 8, 2020. The reunion of Gabriele and Raffaela brings comfort and peace to the family at this time.

In 1960, Gabriele immigrated to the United States to build a better life for his growing family. He chose Kenosha, Wisconsin where his sister Grazia lived, and began his journey of establishing a new life. His courageous efforts were all to bring his wife and two small children, Frank and Rose, to the United States so they could be together again in a new land of promise and opportunity. Together, Gabriele and Raffaela worked hard to make this new life possible and continued to grow their family, welcoming Diane, and Fernando, in the United States.

Gabriele worked for Eaton Corporation for many years and retired from Leblanc Corporation in 2000. In his retirement years, he continued his passion for growing a bountiful garden with his wife. His figs, tomatoes, and cucumbers were like no other. You could not buy vegetables that tasted like Gabriele’s vegetables. He tended to fruit trees, his grape vine, and countless flowers around his home. His passion for gardening yielded perfection every time. His other passion was for his grandchildren, Caroline, Luca, and Marco Conforti. He was Nono to them, and his undeniable pride for them beamed brightly.

Survivors include his son, Fernando (Elizabeth) Conforti, daughters Diane (Mark) Andreoli and Rose (Mike) Capodarco; and his three grandchildren, Caroline, Luca and Marco Conforti. He is further survived by his sister, Grazia Guido, and his brother-in-law Antonio (Mirella) Ziccarelli, and many nieces and nephews. Gabriele will be dearly missed by many other family members and friends.

In addition to his parents, Gabriele was preceded in death by his adored wife, Raffaela; his loving son, Frank; his brother-in-law, Cesare Guido; and his brother-in-law Pasquale Ziccarelli. The heavenly reunion of father, mother and son brings incredible comfort to his family at this time.