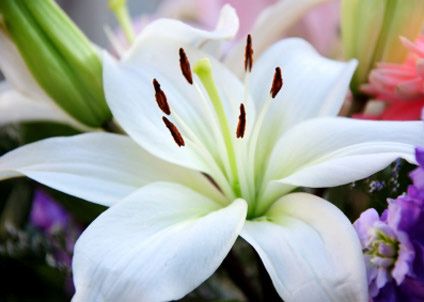 He was born on May 18, 1961 in Madison and was adopted by Marinus and Thelma (Schaver) Kloet.  He was educated in the schools of Kenosha and graduated from Tremper High School.

Fred worked in assembly at AMC/Chrysler and Johnson Wax for several years and most recently worked as a delivery driver for O’Reilly Auto Parts.

Fred was a member of Kenosha Christian Reformed Church.  He was also as member of UAW Local #72.

Fred enjoyed going to Hillcrest Restaurant every morning for breakfast, he enjoyed going to Wilmot to watch the stockcar races and NASCAR racing and in his younger years enjoyed hunting and fishing.  Fred was a very social man and was a jokester.

Fred is survived by his mother Thelma, his sister Barbara (Matthias J.) Gapko and a niece Ashley Marie Gapko.  He is also survived by many friends.

He is preceded in death by his father Marinus.