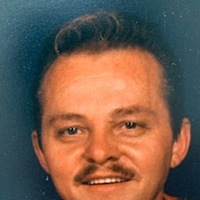 Frederick was born on September 4, 1938, in Thorp, WI, the son of the late John and Evelyn (Igonowski) Rogalski. Frederick worked in maintenance for Racine County. He served in the U.S. Air Force from 1955-1959.

Frederick was a very proud man and proud of his farm-boy swagger along with his city-slicker wit.  Fred loved to watch “Judge Judy” daily and maybe you can think of him the next time she shines on your screen.

Survivors include his brothers, Donald (Janet) Rogalski of Thorp, WI, Robert (Joyce) Rogalski of Stevens Point, WI, Richard Rogalski of Tucson, AZ; Frederick is also survived by many other family and friends.

A visitation will be held at Kenosha Funeral Services on Wednesday March 23, 2022, from 4:00PM-6:00PM with funeral services to follow immediately at 6:00PM.

Fred loved a good cause, any cause that helped.  Any donation in any denomination to a worthwhile cause would smile upon  Fred.