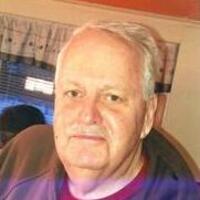 Frank Kazmierski, 72, of Kenosha passed away on November 5, 2021, at Grande Prairie Health and Rehabilitation Center.

Frank was born on January 31, 1949, in Milwaukee, the son of the late Frank and Marilyn (Peffer) Kazmierski. He was educated in the schools of Milwaukee. Frank was a member the U.S. Army. He married Gloria Maresh on September 6, 1969, in Milwaukee. Frank was a truck driver for Super Value for many years. His hobbies included working in the yard, cheering for the Green Bay Packers and the Milwaukee Brewers but most of all he loved spending time with his friends and family, especially his grandchildren.