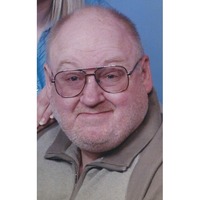 He was born on April 14, 1955 to the late Francis E. and Vonda (Gibbs) Eternicka Sr. in Kenosha.  He was educated in the schools of Kenosha and graduated from Tremper High School.

Francis first worked at JI Case, then at Hi-Tech in Illinois, then at Laminated Products and retired from American Metal Technologies in Racine.

Francis enjoyed hunting, fishing, metal detecting, coin collecting, playing the lotto and scratch off tickets.  Most of all he loved spending time with his grandson Evan and his grand dog Elsa.

Francis is survived by his loving daughters Kelly (Jason) Nelson and Karla Ishmael, his grandson Evan Ishmael, a brother Roger Eternicka and a niece Danielle Eternicka.

He is preceded in death by a brother David.