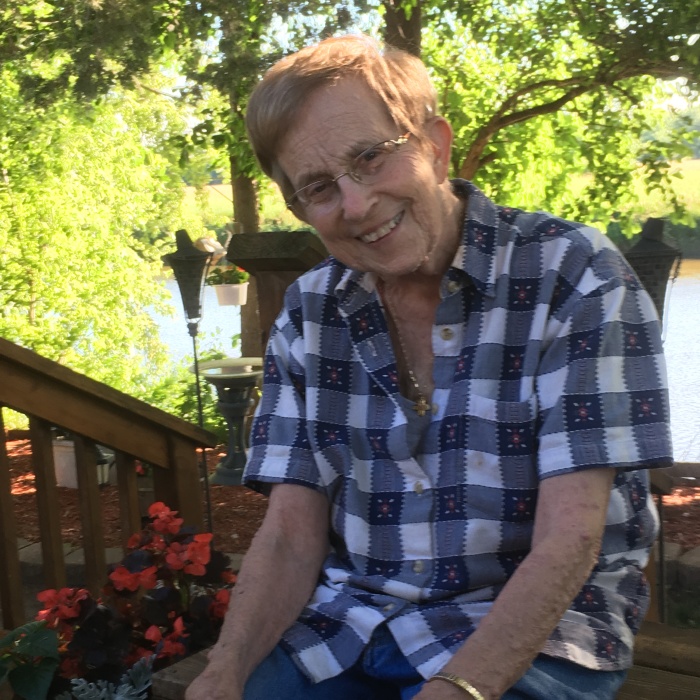 Frances B. Mickelsen age 79 of Salem, WI died October 17, 2021 at Geneva Lake Manor in Lake Geneva, WI.  She was born in Hales Corners, WI on October 4, 1942.  The daughter of the late Dr. Henry and Marjorie (Mainus) Michaels.   Frances worked for many years as an elementary school teacher.  On November 25, 1998 she was united in marriage to Robert G. Mickelsen who preceded her in death.

Frances and Robert had a passion for traveling and sharing their time with one another. They enjoyed looking at their river view as they sat among the flowers that Francie lovingly planted and cared for. She was a member of the 4 Lakes 4 Wheels Club.  She loved gardening and playing trivia games and was the most avid collector of Nutcrackers. Frances also loved her dogs Lugnut and Bruin.

A Memorial Service will be held on Saturday, October 23, 2021 at 12:00PM at Haase-Lockwood & Associates Funeral Home and Crematory 620 Legion Dr.  Twin Lakes, WI.  Visitation will be held from 10:00AM until the time of services.  Online condolences Haaselockwoodfhs.com.  Memorials may be made to Aurora at Home Hospice 116 N Dodge St Burlington, WI. or Geneva Lake Manor 211 S Curtis St. Lake Geneva, WI.