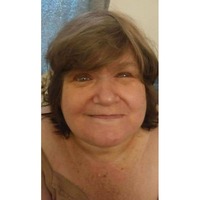 She was born on February 11, 1961 to the late Ronald and Charlotte (Sorensen) Olson in Kenosha.  She was raised by the late Doris and Gordon Olson.  She was educated in the schools of Kenosha and graduated from Tremper High School.

Evie married Brian Anderson and he preceded her in death in 2021.

She is preceded in death by a daughter Theresa Lopez and a brother Roger Olson.