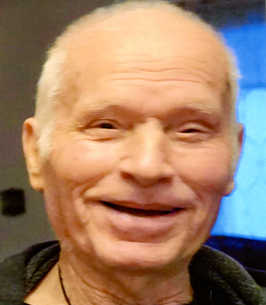 Born on January 2, 1929, he was raised and educated in the village of Castrolibero in southern Italy. As a young man, he served in the Italian army. On January 18, 1959, Iolanda Scarlato became his bride. Together, they raised their family and worked their small farm.

In 1971, they immigrated with their young sons to Kenosha, Wisconsin. Characteristically, Eugenio entered into his new life with vigor and determination. His first job was at Paielli’s Bakery, and then, at the Arneson Foundry and Guardian Container. Eventually, he retired from American Motors/Chrysler in 1984. At this point, he pursued whole-heartedly his first love which was farming. Many are those who have purchased his delicious ripe tomatoes and other fresh produce at the Columbus Park Farmer’s Market. His stand and red truck were familiar sights there for over 35 years.

Eugenio also enjoyed making his own Italian sausage, tapping his foot to a lively rendition of the Tarantella, and being surrounded by his family.

He will be missed by his sons, Frank and Carlo (Mary Jo); his grandchildren, Samuel, Nathan (fiancee, Katie), Lydia, and Benjamin; and great-granddaughter, Valencia, as well as his sisters, Adelina, Ida, and Dora.

He was preceded in death by his parents; his wife of 58 years; his infant daughters Rita and Silvana; his brother, Aniello; and his sister, Christina.

The family would like to extend a sincere thank you to Willowbrook Assisted Living, Hospice Alliance, Dr. Rodrigo Mata, Froedtert South, and all the doctors and staff for their compassionate care.

A Mass of Christian Burial will be celebrated on Friday, August 27, at 10:30 a.m. at Our Lady of Mount Carmel Catholic Church (1919 54th Street). Visitation will be held that morning at Proko Funeral Home from 9:00-10:00 a.m. Entombment will follow the Mass at All Saints Mausoleum (3300 Springbrook Rd.).