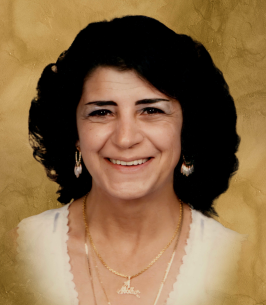 Born in Kenosha, on May 8, 1939, she was the daughter of the late Napoleon Dominick and Carmella (Fortino) Cerminara. A lifelong resident of Kenosha, she was educated in local schools.

Esther loved jewelry and shopping so naturally, she worked for Home Shopping Network for 22 years. Prior to that she was employed as an electronic component assembler. She enjoyed watching the news, dining out, the beaches and sunsets in Florida, and her pet teacup poodles. She also was an avid antique doll collector.

Aside from her parents and husband, she was preceded in death by two sisters, Julia Lucas and Adeline Vangastle; and a brother, Joseph Pagliaro.

Visitation will take place on Saturday, March 26, 2022, at Proko Funeral Home, from 10:00 a.m. until the time of service at 12:00 noon. Interment will be held privately at All Saints Mausoleum.