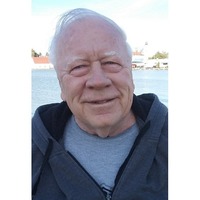 He was born on January 1, 1944 to the late Erwin and Amelia (Houte) Schmidt Sr. in Kenosha.  He was educated in the schools of Kenosha and graduated from Mary D. Bradford High School.  He received his degree from UW Parkside.

Erwin worked as a plant engineer at AMC/Chrysler, then at Controlled Environment in Waukesha.  He also owned and operated Erv’s Lounge.

Erwin enjoyed fishing, going up north to Eagle River to the cabin and spending time with his friends Deano and Kenny and going to casinos.  He also enjoyed going to breakfast at Tommy’s Homerun Restaurant especially on Sundays with his daughter Laura and her husband Todd.

He is preceded in death by a son Brandon.

The family would like to thank the staff of 3 Palmer, especially his nurse Eileen and Dr. Choudhuri for their compassionate care given to Erwin.