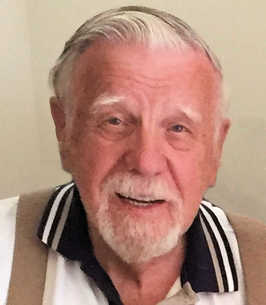 Erwin K. Friesen, 87, of Kenosha, entered his eternal home on Sunday, May 22, 2022, at his residence, surrounded by his loving family.

Born in Mountain Lake, MN, on March 17, 1935, he was the tenth child of the late John and Katie (Rahn) Friesen. He graduated from the Mountain Lake Public School in 1953 and was raised in the Gospel Mennonite Church and was baptized on profession of his faith in May 1948.

On June 18, 1954, he married his high school sweetheart, Janet Ann Heide at the Immanuel Mennonite Church in Delft, MN. After 66 wonderful years of marriage, she preceded him in death on August 12, 2020.

After high school, Erwin was employed by the Makato Creamery. Then spent two years of service in a mentally retarded children’s hospital in Red Wing, MN, doing his I-W service work. Then returning to Mountain Lake he was employed as manager at Ralph’s Super Valu, and then purchased the store known as Erwin’s Super Valu from 1965 to 1970. He then moved to New Ulm and was employed at Hy-Vee Foods. In 1979 he was employed with the J.W. Allen & Company in Wheeling, IL, as a Master Technical Counselor throughout the United States. After 25 years, he retired in Kenosha, WI, in 2004.

The family would like to thank Erwin’s home caregivers, Courtney and Tiffany; and hospice care team for their compassionate care.