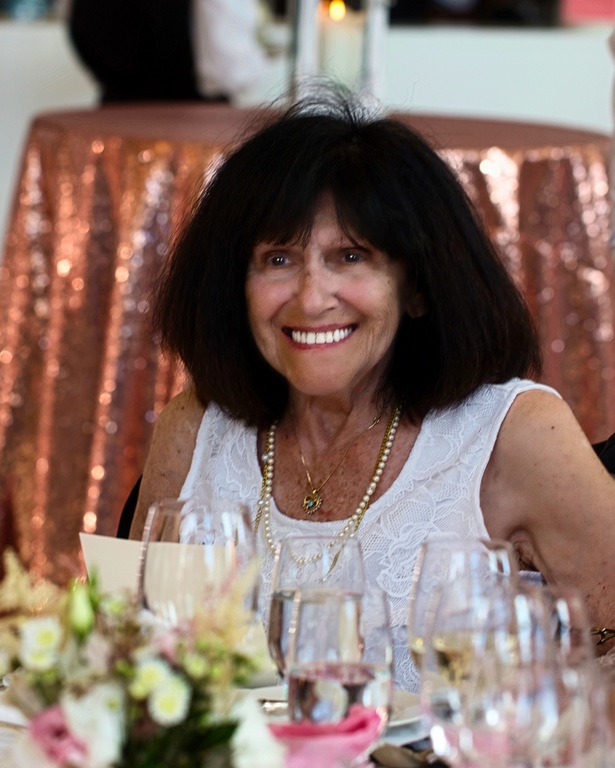 Eleanor Joan Hogan, 97, beloved wife, mother, grandmother, and great-grandmother passed on to eternal life on Monday, June 20, 2022, at her home surrounded by her family.

Born in Kenosha, WI, on November 26, 1924, she was the daughter of the late Francis and Mary (Ruffalo) Pitts.
Mom loved life. She dreamed of joining the Women’s Army Corps during World War II but could not gain parental permission. She tried out for and was accepted to the All-American Girls Professional Baseball League, made famous by the movie A League of Their Own. However, she failed the physical due to varicose veins in her legs. Although frustrated by these setbacks, she soldiered on and went to work at Jack Andrea’s and later the Bell Telephone Company, where she would work in the office and as a union representative. While working at the telephone company, she met her future husband, John Martin Hogan, Sr., the love of her life. On May 24, 1947, Mom and Dad were married at Our Lady of Mount Carmel Catholic Church, where they would remain lifelong members. Together, they would raise six children and help in raising 6 grandchildren and 7 great-grandchildren. Dad preceded her in death on August 14, 2006.

After the birth of her first child, as was the day’s custom, Mom was forced to relinquish her position at the telephone company and devote herself full-time to maintaining a home and raising her children. As much as Shakespeare with pen and words, or Monet with a brush and paint, Mom was a genius with children. While she could be a strict disciplinarian and taskmaster, she delivered every rebuke or assignment with abiding love. Love was her gift, her talent. In her presence, you felt encapsulated in it, able to bear anything the occasionally harsh world could throw your way because you knew there was a safe harbor at home. And the home she fostered was always a place for fun and laughter, a welcoming place for family and friends, any time of day or night.

Home was also a place for eating, for never was there a better cook. Whether it was her homemade spaghetti sauce and meatballs, barbeque, Spanish rice, lasagna, beef stew, chili, stroganoff, creamed tuna, stuffed peppers, chicken or pea soup, or various iterations of meatloaf, a homemade meal was on the docket every single night of the week except Sunday, which was invariably Mom’s night off as the family enjoyed a lovely dinner at the Italian American Club.
And desserts! No other crust was as flaky or the filling as delicious when Mom made apple or pumpkin pie. Her frostings were the stuff of legend; no matter how you might try, nobody could make a chocolate fudge cake frosting that was as creamy as hers. Her boiled frosting for birthday cakes – with an annoyingly elusive recipe instruction to spin a thread that only she could master – was an incomparable combination of lighter than air and sweeter than sugar. And of course, no dessert was complete without a dollop of ice cream, and once all the ice cream was dished out, it was a tradition that Mom had to level off the top of the container.

Mom at Christmas was a wonder. She bought all the gifts, wrapped them, and made hundreds of cookies that she would put in plates to hand out to friends and family as a gift for the holiday. Included in each tray were scalidis, a deep-fried Italian cookie drenched in honey that took a whole day to prepare and has become a beloved family tradition that every generation participates in the making each December. She would also do all the cooking for the traditional family Christmas meal of turkey, ham, two different stuffings, homemade apple sauce, and cranberry sauce, twice-baked potatoes, vegetable casseroles, and jello molds, served on a table so beautifully laid out with fine china, sparkling stemware and her finest silver. Even after she semi-retired and handed over hosting duties to her children and grandchildren, she would still bake her pies for the family holiday well into her nineties.

Her greatest joy was her grandchildren and later great-grandchildren, whom she spoiled without hesitation or concern. Grandma’s/GG’s candy drawer was filled with Snickers, Milky Way, Musketeer, and Kit Kat bars. She gave lessons in cooking and the proper way to maintain a home. When her children and grandchildren became parents, she was a font of information on infant care.

Mom loved adventure and was willing to try almost anything. She ended up on bed rest for a week when she tried out her daughter’s motorcycle and crashed into a fence. However, she was bravely willing to ride the Edge and the American Eagle at Six Flags Great America. She ran through the Southport Marina splash pad fully clothed in her eighties, just to win a bet. She loved to travel. Along with numerous family vacations to Copper Harbor, Michigan, and other US destinations, she and her husband traveled to Ireland, Italy, and Austria for their 50th wedding anniversary. Even in her late 80’s and 90’s, she traveled to France, Washington D.C., Ireland, New York City, Orlando, and as recently as January to Riviera Maya in Mexico.
Her greatest personal feature was her smile. It radiated, lighting up not just her face but the entire room. It was the window into an effusive and ebullient personality that shined bright for all of her 97 years and leaves behind a rich legacy of love and laughter and a close family so blessed to have lived in her presence for so long.

Eleanor’s family would like to extend our heartfelt thanks to Dr. Ernesto Buencamino, Dr. Aimee Ledesma, and Dr. Prakash Shah, who provided such outstanding care to her over many years, and to her home health aide Shannon Metz who was a gentle, compassionate caregiver to her in her last months.