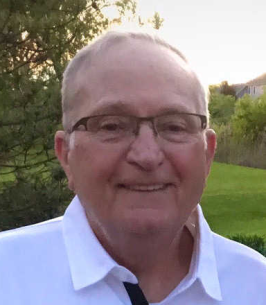 Edwin was an avid Wisconsin sports fan. He spent many hours cheering on the Packers, Brewers, Bucks and the Badgers. He especially enjoyed cheering for his children and later his grandchildren while attending their many activities and he made it very clear that he was their number one fan. Ed enlisted in the Navy on July 27, 1954 and served 20 years – rising to the rank of Senior Chief Petty officer while serving on the nuclear submarine USS Sam Houston. He was exceptionally proud to have served his country, and it was well known to family and close friends that he was very patriotic and always proudly displayed the American flag in front of his home.

In addition to his parents and wife, Edwin was preceded in death by his siblings, Harry, Lewis, Sonny, Glen, Bea, Janet, and Marie; grandson, Bradley; and his beloved dog, Charlie.

Visitation will be held from 3:00 p.m. until 5:00 p.m., on Saturday, January 15, 2022, at Proko Funeral Home with services commencing at 5:00 p.m. Interment will be private at Southern Wisconsin Veterans Memorial Cemetery in Union Grove, WI. In lieu of flowers, donations to the Salvation Army are appreciated.