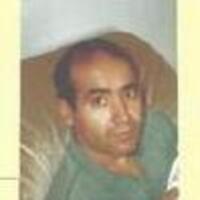 Edwin Santiago, 66, of Kenosha passed away on Friday January 14, 2022 at Froedtert South-St. Catherine’s surrounded by his loving family.

Edwin was born on September 22, 1955 in Kenosha, the son of Margaro & Angelita (Soto) Santiago. He proudly served in the U.S. Marines Corps.  Edwin married Yoneko Maeda in 1978 in Okinawa, Japan.  He loved traveling with Yoneko to Okinawa Japan. His avid goal and achievement in life was to pursue his skills in Karate; where he excelled and was teaching others the art of Karate. His hobbies included reading books, going to rock concerts, and listening to music, but most of all spending time with his family, his Karate family & many friends.