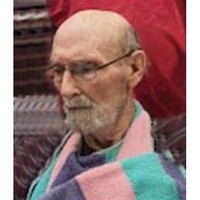 He was born on December 25, 1935 to the late Ralph E. and Olivia (Zurell) Etzelmueller in Kenosha.  He was educated in the schools of Kenosha and graduated from Mary D. Bradford High School.  He received a TV repair/electronic certificate from DeVry University.

On August 30, 1958 he married Lynda Hagie at Kenosha Bible Church.

Edward worked as a relief man at AMC/Chrysler for 30 years.  He also worked at Triangle as a TV repairman and was a security officer for Wells Department Store in his younger years.  Edward was also a Civil Defense Officer for many years.