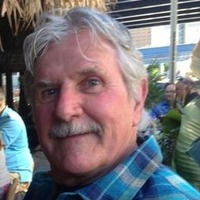 Edward Pavent Jr., of Kenosha passed away on July 24, 2022, at Froedtert Milwaukee Hospital surrounded by his loving family.

Edward was born on January 10, 1948, in Fall River, MA, the son of the late Edward and Jenny (Kuzniar) Pavent Sr. He was educated in the schools of CT. Edward married Stephanie Altergott on July 17, 1982, in CO. He was employed as an electrician for IBEW Local 90 for many years. Edward was a member of the United States Navy. His hobbies included going to concerts, cheering for the New England Patriots but most of all he loved spending time with his friends and family, especially his grandchildren.