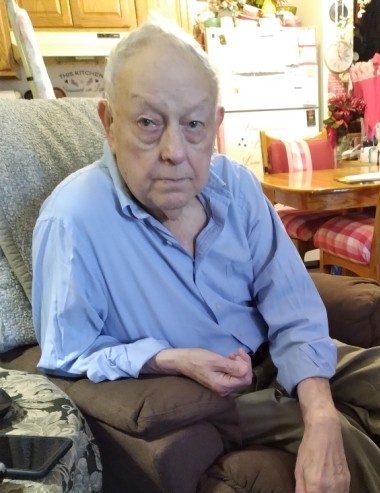 Earnest Dee Camp, age 88, of Twin Lakes, WI, passed away at his home on Sunday, December 26, 2021. Son of the late George and Myrtis (Tollison) Camp, Earnest was born on January 22, 1933 in Tupelo, MS. He was united in marriage to Mildred Daugherty, to whom he was married for over 50 years. Earnest and Mildred raised their children in Bristol, WI. Earnest spent his early years picking cotton in Mississippi, and later worked for many years at Allis-Chalmers where he was a tractor mechanic. Earnest could be found tinkering and fixing lawn mowers, cars, and tractors in his free time. He loved being a grandpa and great-grandpa.

Earnest is survived by his children, Doris (Joe) Thomas and Mike Camp; 9 grandchildren; and 3 great-grandchildren. He was preceded in death by his parents; his wife, Mildred Camp; son, Neal Camp; brother, George Camp; and sister, Georgia Camp.