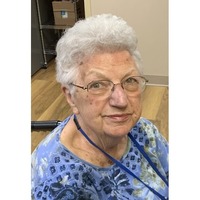 Dorothy was a life-long member of St. Mary’s.  She enjoyed being a homemaker and traveling with Harvey, as well as playing duplicate bridge, reading, cooking and golf.  Mom was very passionate about her meticulous laundry and her weekly hair appointments.

Dorothy is preceded in death by her husband, Harvey and her two brothers, Alfred & Clarence Federmeyer.

Private funeral services were held as per her wishes.  Her final resting place will be Southern WI Veterans Memorial Cemetery at a later date.

The family would like to extend their most sincere thanks and appreciation to the staff at Robin Way Assisted Living and Aurora @ Home Hospice for their loving & compassionate care.