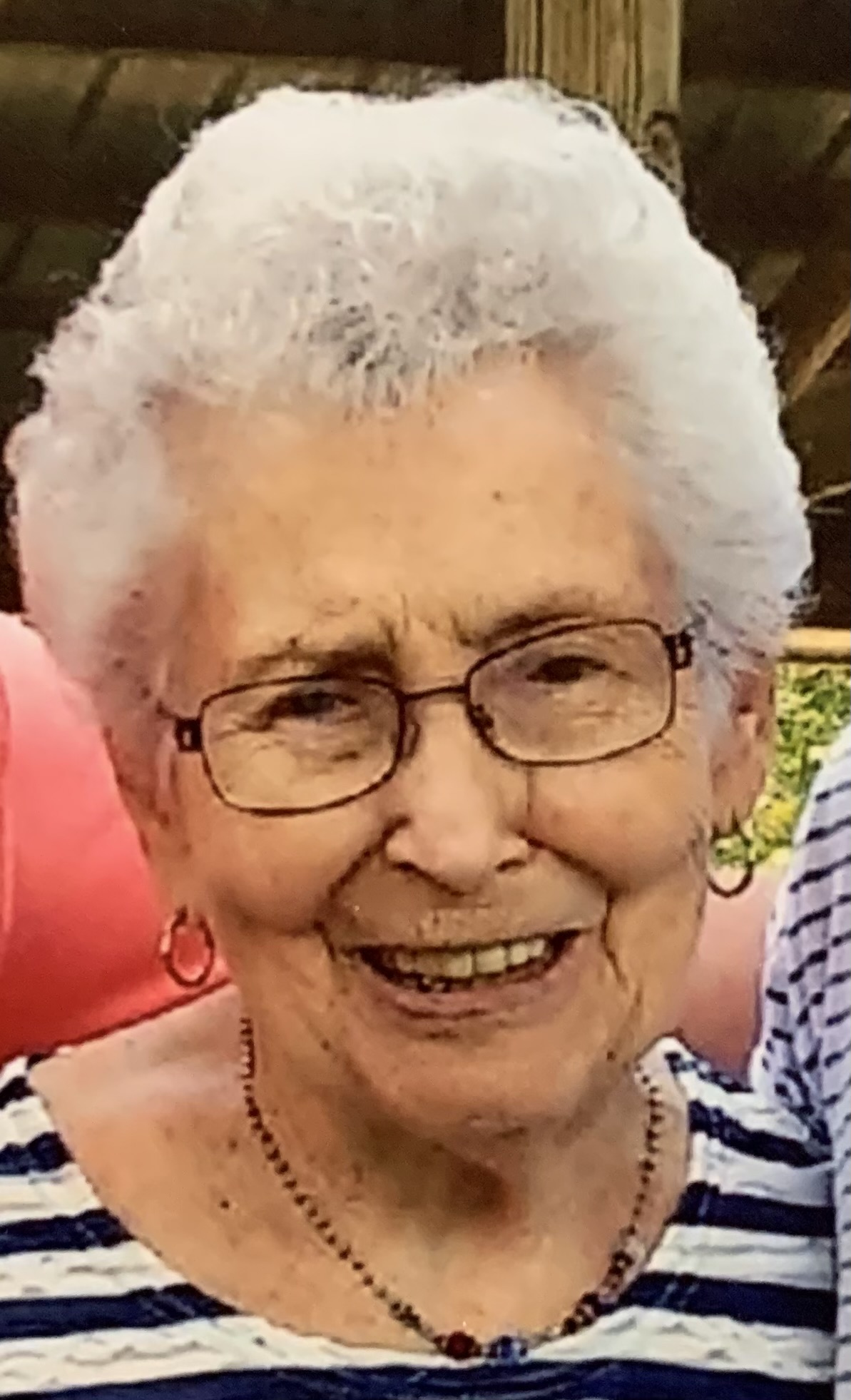 She was born February 9, 1929 in Kenosha, Wisconsin at the Kenosha Hospital to parents Theodore and Doris E. (Ragnar) Young.

On May 7, 1949 she married Donald Edward Anderson, son of Arthur and Anna (Bauer) Anderson at St. Thomas Aquinas Catholic Church in Kenosha.

Dolly worked most of her adult life as a Bank Teller at Kenosha’s Brown National Bank until retiring in 1990. Afterwards she served as a volunteer worker at the Kenosha Brookside Care Center and Kenosha Hospital for over 15 years.

Dolly was an accomplished seamstress,  quilter and volunteer knitter of children’s mittens.

She is remembered by family and friends for especially enjoying riding her bicycle or taking walks with Don along Lake Michigan, participating in weekly women’s golf league, playing cards with friends and family and attending Tuesday morning “Breakfast with the Girls.”

She was a longtime member of St. Mark Catholic Church in Kenosha and the Kenosha Catholic Woman’s Club.

Dolly and Don enjoyed their retirement years together in Kenosha, traveling to Hawaii and wintering in Arizona playing golf up until Don’s passing on August 21, 2006.   In celebration of her 80th birthday, Dolly travelled solo to Australia to visit her son Jim and grandsons Ben and Mitchell.

A Mass of Christian Burial will be celebrated on Saturday, April 9th, 2022 at 11:00 am at St. Mark Catholic Church (7117 14th Avenue). Visitation with the family will take place at the church from 9:30 am until the time of mass. Entombment will take place at All Saints Cemetery.  In lieu of flowers, memorials to St. Mark Catholic Church would be appreciated.

The family would like to thank the staff and caregivers at Willowbrook and Brookside Care Center and Dr. Michael Zeihen for the exceptional care they provided to Dolly and her family. The family would also like to acknowledge the wonderful care and support they received from Hospice Alliance.