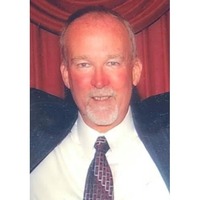 Tom was born on August 22, 1952, in Kenosha.  He was the son of Donald Bain Sr. and Margaret Mary “Peggy” (Karnes) Bain.  He was educated in Kenosha and graduated from Mary D. Bradford High School class of 1970.

He owned and operated Bain Drywall and Plastering, Inc.  Tom was a third generation plastering contractor.  He expanded the family business from plastering as the primary focus and modernized the business by expanding into drywall and structural steel stud framing, in both residential and commercial projects.  For those that had the privilege to know Tom’s craftsmanship, all knew he was a talented and great man.  His work can be seen throughout the Midwest and Internationally into the Dominican Republic.

In his early years, he participated and raced in Flat Track motorcycle racing, both on dirt and ice tracks.  He and his significant other of 25 years, Cathy Klaus, enjoyed motorcycle adventures, going to stock car races, concerts, traveling locally and abroad, and spending time with grandchildren.

A special thank you to the caring staff of Moments Hospice.

Visitation and services will be held privately.