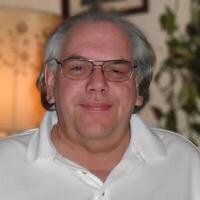 Donald Kempin, 68, of Kenosha passed away on Saturday April 9, 2022 at Aurora Medical Center ICU, surrounded by his loving family.

Donald was born on June 10, 1953 in Kenosha, the son of Otto and Bertha (Schlitz) Kempin.  He was educated in the schools of Kenosha. Donald married Arlene (Antrim) Platts in 1974. He was employed for many years at Snap-On Tools then drove for Regal Limousines. His hobbies included: riding motorcycles and driving his convertible, RVing, attending Car Races, playing & listening to music, but most of all spending time with his family and friends.

Survivors include his mother, Bertha Kempin of Kenosha; daughter, Heidi Kempin & granddaughter, Alexsis Kempin-Ellis. Donald was preceded in death by his father, Otto. His sister, Roseanne, brother-in-law John, and their daughter Andrea Wilcox. As well as, his half-brother, Edwin Segerstrom and his grandparents.

A visitation will be held on Tuesday April 19, 2022 at Kenosha Funeral Services from 11:00AM-1:00PM, with funeral services to follow at 1:00PM.  Burial at All Saints Cemetery.