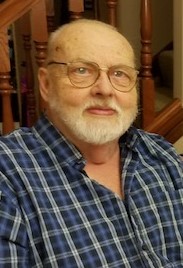 Donald Martin Glade Jr. 77, of Kenosha, passed away surrounded by his family at Froedtert South Saint Catherine’s on Thursday, November 10th, 2022. Donald was born in Chicago Illinois on September 2nd, 1945 the son of Donald Sr. and Henrietta (Harper) Glade. Donald married the love of his life Kathleen Leinenweber on September 9th, 1978 at Saint Thomas Church in Kenosha. He was a very hard worker, loved his jobs and was dedicated employee working at Saint Therese Catholic Church for 20 years retiring in 2000, and at Buoy Storage in Pleasant Prairie for 20 years. He will be deeply missed by all who had the pleasure of knowing him.

He is preceded in death by his parents, his daughter Therese Glade, brother Ronald Glade, and sister, Joan Michna.

The family would like to give special and heartfelt thanks to the staff at Froedtert South Saint Catherine’s and Adam and Ashley at Family Choice.

In lieu of flowers family would ask that donations be made to Saint Jude’s Children’s Hospital.