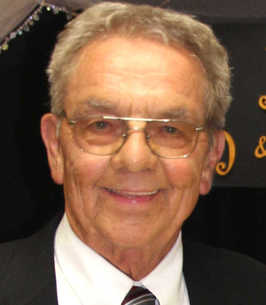 Donald C. Gierl, 80, of Kenosha, passed away from cancer on Saturday, May 7, 2022, at his home surrounded by his loving family.

Don served in the Wisconsin Army National Guard and was honorably discharged after six years of service.

On May 22, 1965, he married Kay Molinaro at Our Lady of the Holy Rosary of Pompeii Parish.

Don was employed at American Motors, Chevrolet dealerships, owned and operated the Sports Page bar, and then worked for the City of Kenosha until his retirement in 2002. He enjoyed spending time at his cabin in Land O’ Lakes with his family fishing, hunting, boating, and riding his ATV. He also enjoyed bowling, playing cards and cribbage with friends. He was a Die Hard Packer Fan. He was a member of Our Lady of the Holy Rosary of Pompeii Parish and the Holy Name Society. He was also a member of the Brothertown Indian Nation, the American Legion, and Moose Lodge #286.

He was preceded in death by his parents, Morris and Caroline Gierl; a brother, David Gierl; his father-in-law and mother-in-law, Albert and Bernice Molinaro; and a sister-in-law, Gail Molinaro.