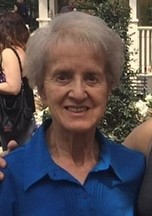 Dolores (Dee) Lee, age 86, of Kenosha passed away on Saturday, February 26th, 2022 at The Manor of Kenosha. Dee was born on September 20th, 1935 in Kenosha to Harold Sr. (Whitey) and Jennifer (Mancuso) Keating. Dee was educated in the schools of Kenosha, graduated from Mary D. Bradford High School in 1954 and graduated from Gateway Technical College. Dee married Frank Thomas in Kenosha in 1961. They had two children together. She married Robert E. Lee in 1974, whom preceded her in death in 2001. Dee worked as a secretary for most of her life, at Peter Pirsch in the early 70’s and then with Kenosha Unified School District for the rest of her career. In retirement she worked part-time at Dairyland Greyhound Track. Her favorite past-time was dancing, wherever she could. Country line dancing gave her the most pleasure, which she did at least 3x/week, and Elvis was her favorite even until death. She was a member of the Kenosha Kickers and the Kenosha Senior Center and part of their choir. Dee cherished her miniature poodles, Pierre and Cody and spending time with her family and friends.

She was also preceded in death by, her parents; a brother, Harold Keating Jr. and her sister, Betty Kreuser.