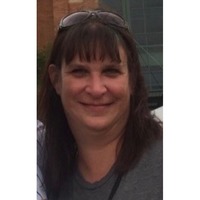 She was born on November 8, 1970 to Clarence and Patricia (Loduha) Herr in Kenosha.  She was educated in the schools of Kenosha and graduated from St. Joe’s High School.

Diana first job was working at Rocky Rocco’s, then as a bartender at BB’s and George Club Highview.

Diana enjoyed traveling, especially to Chicago and the Wisconsin Dells, cooking, entertaining, shopping, being around people, taking care of her children and spoiling her grandchildren.

She is preceded in death by her brother Joseph.