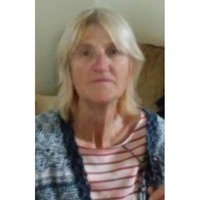 She married Dewane F. Lucas in Kenosha.  He preceded her in death in September of 1997.

Deborah worked in sales for a telemarketing company.

Deborah enjoyed hanging out and talking with friends, going on drives by the lake, going to church festivals and baking and eating cookies and brownies.  Most of all, she loved spending time with family.

She is preceded in death by a brother David Parker.

A Celebration of Life by the lake will be held at a later date.