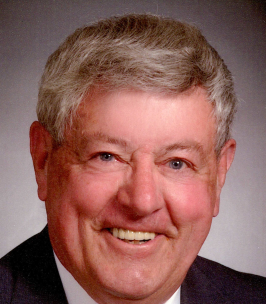 David was educated in Kenosha schools and went on to work for Massey Ferguson and Case in quality control and customer service for many years before his retirement. David was an avid golfer and enjoyed fishing. He was a basketball referee for the City of Kenosha and always joked about being the “City Champ” of just about any sport! He also enjoyed eating out with his friends at Durango’s and spending time with his family and his dog, Molly. David will be remembered for his optimism, laughter, and smile. He loved the song and saying – “Don’t Worry, Be Happy”!

In addition to his parents and wife, David was preceded in death by his brother, Bruce Bleashka, brothers-in-law, Bob and Bill Girman and sister-in-law, Betty Girman.

The family would like to extend a special thank you to the four angels that helped with his care through the last couple of years, Virginia, Mary, Tiffany and Gabbi as well as the staff at Harvest Homes and St. Croix Hospice.

Visitation will be held from 9:00 a.m. – 11:00 a.m. on Thursday, November 17, 2022, at St. Peter Catholic Church, 2224 30th Avenue, Kenosha, WI with Mass of Christian Burial to commence at 11:00 a.m. Interment will be held privately in St. George Cemetery, Kenosha, WI. In lieu of flowers, those desiring may make contributions to St. Jude Children’s Research Hospital or St. Peter Catholic Church, in his memory.