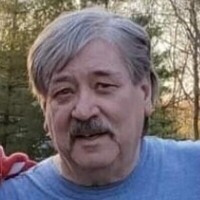 David Schmitz, 71, of Pleasant Prairie passed away on January 25, 2022, at Aurora
Medical Center of Kenosha.

David was born on May 9, 1950, in Kenosha, the son of the late Rolf H. and Betty
(Birchard) Schmitz. He proudly served in the United States Marine Corps from
1969 until his honorable discharge in 1971. David married Linda Christoffersen on
September 21, 1974, in Kenosha. David was employed at Great Lakes Naval Base
as a planner and estimator for many years. His hobbies included racing stock cars,
fishing, hunting, bowling, cheering for the Green Bay Packers, NASCAR, but most
of all he loved spending time with his family and friends, especially his
grandchildren. His daughters and grandchildren adored him and were his proudest
achievement.

Survivors include his wife, Linda Schmitz of Pleasant Prairie; children, JoLin
Schmitz of Milwaukee, Tara (Curtis) Schmitz of Kenosha; sister, Susan (Dennis)
McKnight of Franklin, WI, brothers, Donald (Jane) Schmitz of Kenosha, Richard
(Leshia) Limbach of MO, Rolf (Kim) Schmitz of CO; also included are his
grandchildren, Emma & Megan Gahart and Cole & Connor Schmitz. As well as
many nieces and nephews who loved his stories and debates. David was preceded
in death by his parents, his godfather/uncle John Schmitz, and daughter, Jenifer in
infancy.

A memorial gathering will be held on Saturday January 29, 2022, at Kenosha
Funeral Services from 3:00PM-5:00PM with memorial services to follow
immediately at 5:00PM.

In lieu of flowers, donations can be made to the Tunnel to Towers Foundation.