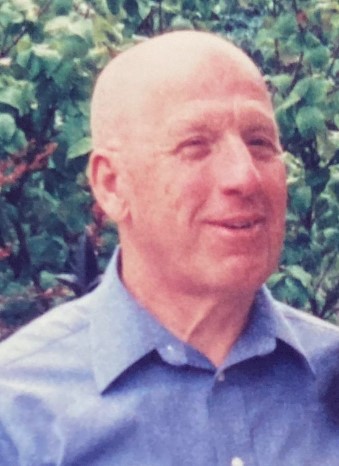 He was born on April 6, 1938 to the late Benedict and May (Luepke) Kohel, in Auburndale, Wisconsin.

He graduated from Auburndale High School.

David proudly served his country in the U.S. Marine Corp. and National Guard from 1956-1962.

On January 21, 1961, he was united in marriage to Theresa Aurelia Ferrero.

Upon returning from the Marine Corps, David worked for American Motors. In 1966, he worked for Metropolitan Life Insurance. In 1967, he started his own insurance business in Kenosha, which developed into Pfennig, Henkel, & Kohel, Inc. and ultimately becoming Dave Kohel Agency, Inc. for insurance & real estate services.

The hobby David enjoyed most was the airplane he owned and piloted. He was an avid football player in high school and played for a time with the Racine Raiders. He continued that zest for football throughout his life. He was an enthusiastic photographer and loved to travel. He is a former member of the Rotary Club and Mount Carmel Catholic Church and a current member of St. Elizabeth Catholic Church. He found pleasure in helping people from all walks of life. His love of God and faith sustained him throughout his life.

The family would like to express gratitude and appreciation to the following for their loving and compassionate care of David; Dr. Quddus, VA HHC Team, Hospice Alliance: Chaplin Solomon, Tiffany RN Case Manager, Farrah RN, Megan CNA, Elaine MSW, and last but not least, Gay the Assistant Caregiver.