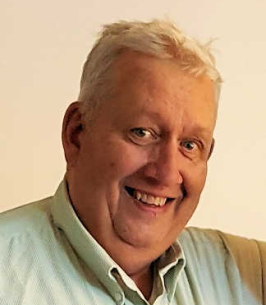 David enlisted in the United States Navy in 1967. He earned the Good Conduct Award with Silver Star, Meritorious Unit Commendation Award with Bronze Star, the Navy Achievement Medal, Sea Service Deployment Ribbon with Bronze Star, Battle “E” Efficiency Award with two Silver E, and the Navy Achievement Medal. He was honorably discharged on June 30, 1990, at the rank of OMC/E7 (Opticalman/Chief Petty Officer) where he worked as an OM-IM.

He has a passion for anything History, especially WWII. He was a collector of stamps and coins. His favorite pastime was to go to Fish Cove in upstate NY, to buy the fish by the pound. He loved going to the gun range but his most favorite thing to do was to be by his family. He was their biggest supporter and extremely proud of his family. Whenever out to eat, he would order a hamburger, burnt to a crisp, with a side of French fries, no matter how fancy the restaurant.

He is preceded in death by his parents and siblings Jack Schad, Donald Schad, and Mildred McElroy.

“There is a civilian way, and there is the RIGHT way, the military way.”

May you have fair winds and following seas.