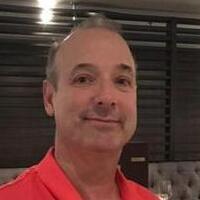 David was born on May 2, 1959, in Kenosha, the son of Edward Benik and Agnes Chachula.  He was educated in the schools of Kenosha (Bradford).  David was employed at the YMCA as a facilities manager for many years.  His hobbies included golfing, darts, reading, cheering for the Packers and White Sox as well as spending time with friends and family especially his beloved nephews Kyle and Chad.

A memorial gathering will be held at Kenosha Funeral Services on June 1, 2022, from 10:00AM-11:00AM with memorial services to follow immediately at 11:00AM lead by Pastor Dan Duncan.