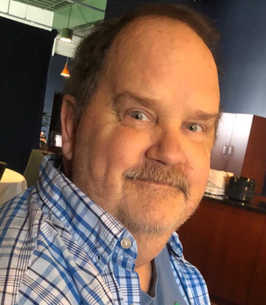 David Earle Duffy, 63, of Kenosha, departed this world to join his Heavenly Father on Monday, May 23, 2022, at Froedtert South Pleasant Prairie, after battling plasma cell leukemia.

Born in Centralia, IL, on March 11, 1959, he was the son of James and Thelma (Jackson) Duffy. He moved with his family to Kenosha and attended Kenosha public schools, graduating from Mary D. Bradford High School in 1977.

Dave was an Application and Database Manager at the Kenosha Unified Educational Support Center for 30 years. He enjoyed reading – especially Stephen King, listening to blues music, riding his bike, watching the Chicago Cubs and Chicago Bears, and spending time with his family who always brought a smile to his face.

The family would like to extend a heartfelt thank you to the staff of Froedtert Cancer team, especially Dr. Hari and Dr. Sarah Ramirez, and the infusion team at the Froedtert Medical Clinic in Oak Creek for the compassionate care they provided.