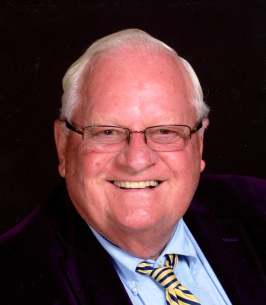 Dave Munchoff passed away peacefully surrounded with love from his family and friends on Sunday, October 10, 2021, at Gundersen. Lutheran Medical Center, LaCrosse, WI.

He was born June 28, 1942, in Lansing, IA the son of the late Cleon (Roeder) and William Munchoff; he was raised by his mother and stepfather, Theodore (Tade) Munz. Dave moved to Kenosha, WI and met Gwyn, his former wife. Together they had two daughters. They built a house in Pleasant Prairie, where he still resided until his passing.

Dave attended Gateway Technical College, received his paralegal certificate from Carthage College, and was a real estate broker. He performed many trades but spent most of his career working for American Motors, Modern Building Materials, and Great Lakes Naval Base. He also was a resident of Pleasant Prairie for over 50 years and was an active member of the Prairie Riders Snowmobile Club. Dave was a unique person with a knack for colorful language. He found joy in fishing and hunting, and he spent much of his time in his hometown on the Mississippi River. He was a father and grandfather, and his granddaughters were the joy of his life. He never knew a stranger and had many friends. He found a second home in Lee County, Florida, and was a member Pelican Bay Naples Singles Club and the Vanderbilt Presbyterian Church. There he met his special love, Rosalie Tischler, and spent three happy, fun filled years with her.

He is survived by his brother, William (Faye) Munchoff; daughters, Dr. Stephanie (David) Raszkiewicz and Melissa (Michael) Weipert; his significant other, Rosalie Tischler; his ex-wife and friend, Gwyn Kleinschmidt; and his granddaughters, Michaela and Alexandria. He has left this Earth to join his mother and father and other dearly departed friends and relatives and is at peace with the Lord.