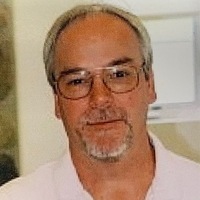 Daniel, also known as Danny, “The Danimal” and Papa was born on July 22, 1954, in Portsmouth, VA, the son of Donald and Violet (Laughary) Losch. Dan proudly served in the United States Army from 1973-1975 and was stationed in Germany. He married Donna Petree on May 18, 1991, in Kenosha. Together they enjoyed; weekend breakfasts, movies and travel.  Dan was employed for Abbott Laboratories for many years. He was a great mechanic and could fix just about anything.  He loved working in his yard, NASCAR, The Chicago Bears, antiquing, finding deals at Goodwill, watching westerns on the GRIT channel, and car swap meets.  He loved spending time his best buddy dog, Lucy but most of all he loved spending time with his friends and family, especially his grandchildren.

Dan battled Multiple Myeloma and fought hard for over 4 years with his loving wife by his side.  It was in his latest battle with Covid 19 pneumonia that he showed his last moment of bravery.