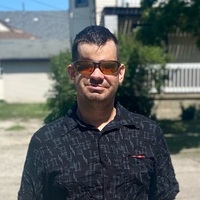 Dale was born on July 5, 1986 in, PA, the son of George and Catherine (Bryer) Sczweck.  He was educated in the schools of PA and received his associates degree from Northern Illinois University.  Dale was employed at Central Bark, even though he hadn’t worked there long, he loved it, and really enjoyed going there each day.  He also worked as a dog trainer in the past, also loving his time in that profession.  Dale married Christina Pitts on October 27, 2017 in Kenosha.  His hobbies included listening to music, playing the trombone and saxophone, cheering for the Philadelphia Eagles & Pittsburgh Steelers, enjoyed technology, and most of all spending time with family & friends.

Survivors include his wife, Christina Sczweck of Kenosha; father and step-mother, George & Donna Sczweck of PA; his trusty canine companion, Iman; and many other family & friends.  Dale was preceded in death by his mother, Catherine.