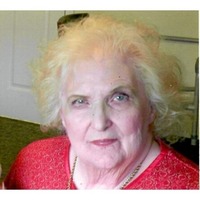 Dale Armon, 87, of Kenosha passed away on Tuesday, September 28, 2021, at Froedtert South-Kenosha.

Dale was born on August 13, 1934, in Chicago, the daughter of the late Godfrey & Ida Kurtz.   Dale spent time in Hollywood, CA, Chicagoland, Lake Geneva, and as of late Kenosha.  She was educated in the schools of Elmhurst, IL, Bradley University, and USC in Journalism.  She was a high-end fashion model, played the piano & had a trained operatic voice often heard in the church choir.  A devout Lutheran who also taught children’s Sunday School.   Dale was a successful businesswoman, in 1973 she founded, Pet Rescue.  One of the first and largest, completely No-Kill sanctuary for orphaned pets and wildlife, in the mid-west.   She was also a licensed wildlife rehabber and pioneered conservation of the environment.  The sanctuary added a second location rescuing zoo animals deemed “too big” for the children instead of the creatures being killed, Dale rescued them!  Dale had many supporters and a few detractors.  Her accomplishments continue to be emulated.  Dale was intolerant of ignorance but tried to find the best in all!

She will be dearly missed by her life companion “sister” Penny:  the two, devoted to each other and animal causes were dubbed “two sides of the same coin”.  Dale loved all of her rescues, but one held her heart forever; her wolf-dog Denali.  For those who wish to remember and honor Dale, a donation may be made to the wolf-dog rescue in her name.  Full Moon Farm, P.O. Box 1374, Black Mountain, N.C. 28711-1374.

Survivors include her sister, Penny Horak of Lyons, WI, who people said were “2 sides of the same coin.”