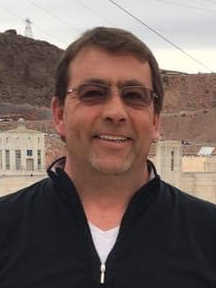 Curtis A. Decker, 55, of Pleasant Prairie, passed away unexpectedly on Saturday, September 10, 2022.

Born on April 29, 1967, in Harvey, ND, he was the son of Elaine and LeRoy Miller. He graduated high school in Drake, ND in 1985. Following in his father’s footsteps, Curt became a traveling sprinkler fitter with union 669. He completed his apprenticeship at Penn State University.

In 2005, Curt began Decker Fire & Safety which he owned and operated and was a member of union 281. He was an avid Minnesota Vikings fan, enjoyed spending time outside on his tractor farming the land, and spending time with his family and friends. He could always be found working and tinkering on the many projects and properties he had.

Survivors include his wife, Denise Decker; two children, Blake and Amanda Decker; his parents, Elaine and LeRoy Miller; four sisters, Brenda (Skip) Owens, Sheila (Dave) Bruner, Cherri Miller, and Sonya Koble; his grandmother, Josephine Miller; and his friend and mentor, Paul Crawley. He is further survived by many nieces, nephews, cousins, other relatives, and many friends.

He was preceded in death by his grandparents, Phillip and Bertha Degenstein, and Constantine Miller.