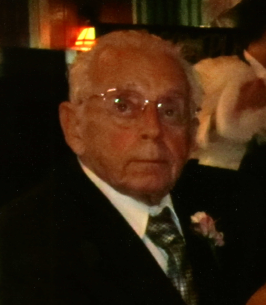 Clifford W. Galster, Sr., 94 years old, was born on February 6, 1927, in Kenosha, WI to the late Clifford E. Galster and Beatrice (Stolp) Galster. He grew up in Bristol, WI. He was a wonderful, outgoing husband, father, grandfather and friend. He passed away on Wednesday, November 17, 2021 at Hospice House.

He married Lorraine Forbes on November 1, 1947 and they recently celebrated their 74th wedding anniversary. They raised two sons.

Cliff was in the Merchant Marines during WWII and was in the Pacific, Philippines. His work history included: Simmons Mattress, Snap-On Sales, Milk Producers Dairy Delivery, and Gateway Technical where he retired in 1988. He belonged to: Square Dance Club, Brittany Spaniel Dog Club, Conservation Club and was a Boy Scout Leader & a Kenosha Auxiliary Police Volunteer.

He enjoyed hunting, fishing, and his many Brittany Spaniel dogs. After retiring, he & his wife traveled across America camping. They settled in Mission, TX until returning to Kenosha in 2018. His last hobby was word working & wood carving giving away carvings to treasure.