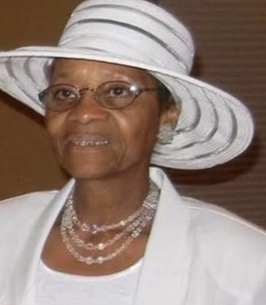 Born on October 26, 1940, in Madden Mississippi (Lee County), to the late Clearence and Margie Brantley-Steele. She lived on a farm with cotton, pigs, chickens, ect. Being the eldest, a lot was expected of her, so she worked hard every day. Being a young woman of faith, the Lord moved her heart early and she was baptized as a pre-teen at St. Paul Baptist Church. The family would sit in the front pews until the Holy Ghost came down! She also sang at church and was part of a group called “The Gospel 4”.

Pearl was a beautiful woman. She could dance, had long beautiful hair, but was tough as nails. She was educated in the Mississippi school systems. She left to head to Chicago for a bit and finally settled in Kenosha, making this city her home. She married the late Monroe James Mitchell Jr. She attended Gateway College to gain a higher education.

Clennie worked various jobs throughout her life which included American Motors (Chrysler), being a nanny, KUSD, and Mary’s Cleaning Service. Love, education, and community played a major role in what she stood for. She volunteered at the Shalom Center, Lincoln Elementary and Bain Elementary doing breakfast and lunch programs as well as the afterschool program, gave rides to and from and always made sure people were fed breakfast, lunch, and/or dinner. She was a member of the Thelma Orr Garden Club and The Lincoln Neighborhood Watch Club.