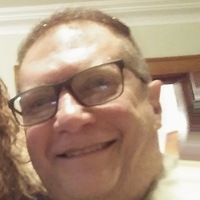 Christopher VanDyke, 55, of Kenosha passed away on Tuesday November 23, 2021 at Froedtert South-St. Catherine’s.

Christopher was born on November 4, 1966 in Kenosha, the son of Bruce & Barbara (Platt) VanDyke.  He was educated in the schools of Kenosha.  He was a member of the U.S. Navy.  Chris married Monica Gonzalez on November 14, 1986 in Kenosha, they later divorced.  He was employed for many years as a supervisor at Tecnova.  His hobbies included cheering for the Packers & Cubs, fishing, but most of all spending time with his family & friends.

In lieu of flowers memorials to the family would be appreciated.