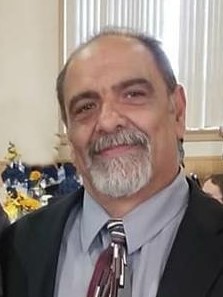 Charlie was born in Lago, Cosenza, Italy on January 1, 1963 to Pietro (Joe) and Mafalda (Mazzotta) Molinaro. Charlie spent his first 6 years of his life in Italy before moving to Kenosha with his family on Aug. 1, 1969.

On August 2, 1986 he united in marriage with his high school sweetheart, Paula Bella. Together, they welcomed two children, Jason and Nicole, who were a very important part of his life.

Charlie owned and operated Harborside Vending Company since the early 90’s. In that time Charlie became close friends to the employees of some of his accounts that he had serviced since the beginning.

He enjoyed watching old westerns especially John Wayne, in his spare time he loved building things, carpentry work and spending time with his grandchildren who meant the world to him. Charlie had a fairly big family who he loved spending time with; in that time he enjoyed making ricotta cheese, soppressata, and fried dough with his mother Mafalda and siblings.

Charles was preceded in death by a brother, Franco Molinaro; his father, Pietro Molinaro; his nephew, Anthony Lequia Jr., and his mother-in-law, Joann Bella.