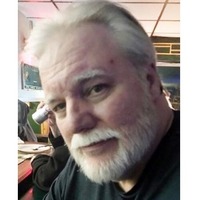 Chuck Tinker, 71, of Kenosha passed away peacefully on Saturday, June 4, 2022, at St. Francis Hospital in Milwaukee surrounded by his loving family.

Chuck was born on January 23, 1951, in Kenosha, the son of the late James and Clementine (Bertouille) Tinker. He was educated in the schools of Kenosha. Charles married the love of his life, Lanna Massie, on August 22, 1970, in Kenosha. Holding many positions over the years, his strong work ethic allowed him to climb the ranks of a company currently known as Active USA. He enjoyed his work and took his career seriously.

Chuck had many hobbies and interests over his life, from being a musician in his youth, to hunting and fishing, but treasured his time with family at their campsite most of all. Fishing with his buddy Jason, grilling with his sous chef Frank, campfires, and an endless supply of Tito’s and Lemonade surrounded by his loved ones.

In the mid 2000’s he began volunteering as a youth football coach and took great pride in teaching Kenosha area kids the fundamentals of the game. Being a former athlete himself in his younger years, this gave him the perfect opportunity to share his love of football with his grandson Seth and pass it on to younger generations. You can even see a few of his earliest students show their found love of football in NFL now.

Chuck Tinker was a father to many, and friend of all. He leaves behind a lifetime of lessons, and a strange, yet honest moral code he passed to his family. He will be truly missed. A private celebration of life was held at Chucks’ request.

God saw you were so tired and there was no cure to be. So, he wrapped his arms gently around you and whispered, “Come to Me”. You didn’t deserve what you went through so he gave you needed rest; God’s Garden must be beautiful as he only takes the Best.

In lieu of flowers, buy yourself a Tito’s and Lemonade.