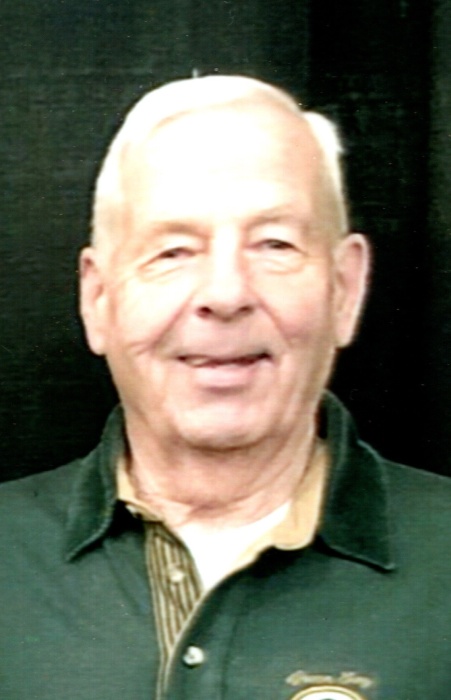 Charles R. “Chuck” Johnson age 82 of Twin Lakes, WI. died peacefully on April 30, 2022 at Aurora Hospital of Burlington with his loving family by his side.  He was born in Racine, WI on October 20, 1939.  The son of the late Joseph and Marie (Neubauer) Johnson.  Chuck graduated from Park High School in Racine and continued his education at Racine-Kenosha County Teachers College and the University of Wisconsin-Whitewater.  On June 15, 1963 at St. John’s Lutheran Church in Slades Corners, WI he was united in marriage to Susan “Sue” Bartels.

He taught at Big Bend Elementary School and Union Grove Middle School.  Chuck retired in 2001 after 39 years in the teaching profession.  The last 34 years he taught 7th and 8th grade math at the Union Grove Middle School.  Chuck challenged his students to collect 1,000,000 can tabs to see what that number looked like.  That challenge was met and it was featured on a local Milwaukee TV station.   For over 40 years, he was employed part-time at the Paul Swartz Nursery in Silver Lake, WI.

Chuck was a charter member at Messiah Lutheran Church in Twin Lakes, WI where he sang in the choir, played in the bell choir, participated as a reader/cantor and volunteered whenever needed.  He also collected 1,000,000 can tabs for his church.

He volunteered at the Senior Center Dining and Twin Lakes Food Pantry.  Chuck was always ready to lend a helping hand.  In 2011, he received the Remarkable Older Americans award for all his volunteer work.  He loved all Wilmot High School sports and worked on the “chain gang” for the home football games.  Chuck also enjoyed his daily walks in Twin Lakes where he and Bob Livingston picked up cans saving the tabs.

Survived by his wife Sue of 58 years; daughter Lisa (Steve) VanZeeland and son Jeff (Chris) Johnson; grandchildren Sydney and Jordyn VanZeeland, and Charlie and Jack Johnson; sister- in-law Shirley Johnson; and many other family relatives and close friends.  He was preceded in death by his brothers Richard (wife Nancy), Kenneth and William Johnson.