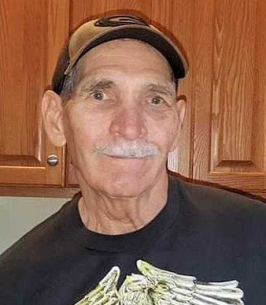 Charles “Charlie” Judeika, 77, of Merrillan, WI, passed away on Friday, September 9, 2022, at his home under the care of Black River Hospice.

Born in Kenosha, WI, on December 12, 1944, he was the son of the late Anthony Paul and Helen (Wilcox) Judeika.

On January 26, 1963, he married Violet Cowen in Kenosha, WI. Together they raised their four children. In 2004, they moved up to Merrillan, WI and have resided there since. She preceded him in death on July 18, 2014.

Charlie was employed as a supervisor at Snap-on until his retirement.

He was a member of the Wildlife Federation, and the local ATV Club. He enjoyed fishing, deer hunting, and stopping by the local taverns to meet up with friends and play cards. Charlie loved hummingbirds. There were so many at his property that he had already filled his hummingbird feeder 179 times this year alone.

Visitation will take place on Saturday, September 17, 2022, at Proko Funeral Home, from 10:30 a.m. until the time of memorial service at 12:30 p.m. Inurnment will follow at St. George Cemetery.